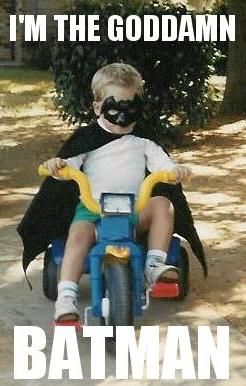 Close the crisis center. Take down the picket signs. Please proceed to un-occupy the library. It is time to stop trying to save libraries.

No, this is not another bait and switch act of verbal irony about how libraries are obsolete. This is about the messages we send. I became aware of this recently when two colleagues I respect greatly and I were talking about the employment in libraries and the economic downturn. We quickly started talking about opportunities for librarians outside of libraries [an idea I support regardless of the employment in libraries]. It wasn’t until I thought about it afterwards that I realized this was akin to talking about getting as many passengers off the sinking ship as possible.

Where did they get the idea that libraries are sinking? These are smart folks, and not prone to the sky is falling “libraries are relics” rhetoric. Then, to my horror, I realized it was me! I set the premise for the whole conversation. I was the one that felt libraries are so important and librarians so crucial that we must save them. To save anything assumes that they need intervention and are at dire risk of being lost.

This messaging is insidious. For example a few years ago I stated adding these lines to the beginnings of my presentations:

“Best Days of Librarianship are Ahead of Us
We are the Right Profession, Uniquely Positioned to Lead in the Knowledge Age
However, We won’t get there Following Current Trends and with our Current Focus on ‘Recorded Knowledge’ and Buildings”

It looks initially as a nice little uplifting piece of fluff, but it is really an implied threat. IF you continue down this path there will be no bright futures…listen to me so I can save you. The minute that we talk about libraries in the context of threats we reinforce the premise that libraries are in crisis and heading into the sepia color of memory:

We must take on Google (or be like Google, or build our own Google) to save libraries!

To be sure libraries need more funding, they need modernization, they need a shifted identity in the minds of our communities. To be sure there are some libraries that need to be saved in the most literal sense from closure, but the whole profession? By taking on the mantra of saving libraries, we are assuming that we weak. Worse, it plays into the whole idea that we are wounded or broken.

I have spent the better part of the last two years talking about advocacy within our communities and stressing that we must give up a deficit model and embrace the aspirations of the community. Rather than talking about how the community can’t read, or research, or access the Internet, we need to talk about how reading, researching, and accessing the Internet can help our communities unleash their potential. We should be asking how libraries help our communities thrive. If we can put together that vision in a compelling way, people will support libraries out of self-interest, not out of pity, charity, or a sense of obligation.

Find a thriving library. They are not thriving because they are the best at running around yelling the sky is falling. Playing the role of the poor little library is not endearing, it is, frankly, embarrassing. Even when there is a financial crisis, or even when the community has a crisis of confidence, we should ask for support based on a track record of service and support. Run on your record not the promise to do better (or worse more of the same) in the future.

Now, as you know I define the library as a platform of a librarian – a platform for community learning and innovation. That means, that the problem here is not the library, it is us – librarians. I have, for example, played the crisis in libraries card. I have played the libraries are like broccoli and good for you card. I have played on fears as much as aspirations in my time. Worse, I have sat back and let others in and outside of the field do it. I must be the first one to change. I do so humbly pledge to do so. You’re next.

First call me on it if I fall back into the “save libraries” narrative, and then pledge to reject it yourself. Let us also pledge that “Hi, I’m a librarian” doesn’t sound like an introduction at a 12 step meeting, but instead rings like a declaration of pride akin to “I’m the Goddamn Batman!”

And I am the Goddamn Batman.

37 Replies to “Beyond the Bullet Points: It is Time to Stop Trying to Save Libraries”